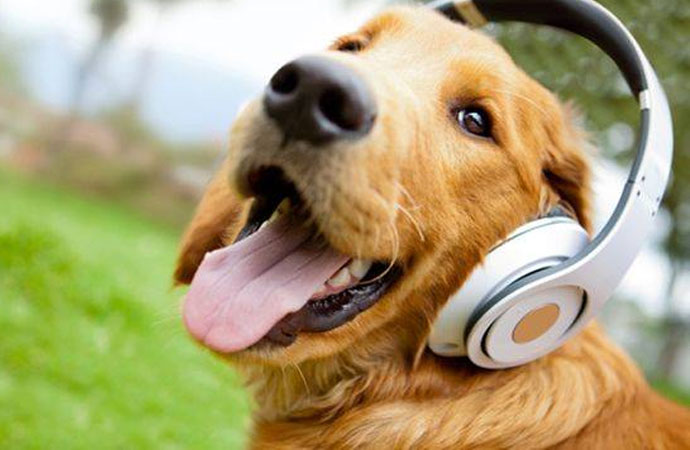 Doggies take up a lot of heart space in this world, so it’s no wonder there are so many songs dedicated to our furry four-legged friends. From heartfelt homages, to painful goodbyes, we dug a little deeper and found some songs you probably didn’t know were about pups.

If you’ve ever felt like your dog is the only one who understands you, or if you’ve ever found solace in the unconditional love of a pup, this tune might just bring you to tears. Tissues please.

In this ballad for her poodle Ralph, Jones compares him to her less than stellar romantic prospects.

Neil Young wrote this song about his beloved hound dog named Elvis (aka King), who spent years traveling with him on his tour bus.

Lead singer Bert McCracken wrote this song about his dog, David Bowie, who was hit and killed by a truck during the making of the band’s “In Love And Death” album. His pain is palpable on the track.

5. “My Best Friend” by Heidi Winzinger

Heidi is an outspoken animal advocate and passionate about adoption and rescue. The music video, a montage of her friends and their dogs, is one of the best things we’ve seen in a while. You’ll want to run to your pooch and croon, “have I told you lately that you’re my best friend?”

A simple song about a dog named Blue. This is one of the lesser known tracks on the band’s 1964 album, one Peter describes as “a children’s song.”

7. “Martha My Dear” by The Beatles

Of his first dog, an Old English sheepdog named Martha, Paul McCartney said, “I remember John [Lennon] being amazed to see me being so loving to an animal. He said, ‘I’ve never seen you like that before.’ I’ve since thought, you know, he wouldn’t have. It’s only when you’re cuddling around with a dog that you’re in that mode, and she was a very cuddly dog.”

Don’t listen to this one on a rainy day. It’s a tearjerker about a woman, her lover, and their beloved little dog named Gypsy, all of whom (spoiler alert!) pass on by the end of the song.

This is the only song on the list that features a dog singing, (ok fine, barking) in the background. Specifically, it’s the voice of a Boston Terrier named Chewy, who was the inspiration behind this punk rock ode.

In 1933, country singer Red Foley wrote this song about his childhood German Shepherd Dog, Hoover, who was poisoned by a neighbor. The King’s cover is as heartbreaking as the story behind it.